In the Kiev theme Park cripple a talented boy 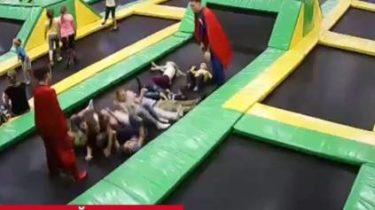 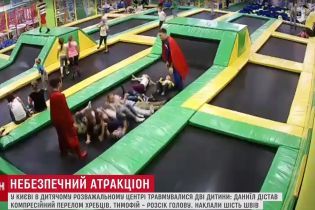 In the capital the attraction in the children’s play facility injured child. 11-year-old Daniil Bilyk received a back injury and will now long to be treated, according to a story TSN.19:30.

After the fracture of the child hospitalized in the hospital “OKHMATDYT”, where doctors warned that the child will be forced to stay a few months in bed and the clock to wear a special corset, which is worth 8 thousand hryvnias. In addition to vertebral injury, Daniel still got swelling of the brain. Now mother Ilona Zavadskaya worried that instead of sporting career her son is waiting for disability. “We are the youngest candidates in master of sports in trap shooting in Ukraine. The rifle is heavy, it is necessary to stand is a strain on the back. We do lose”, – she cries.

As it turned out, Daniel is not the only child who suffered in the same center on the main lines – there’s your 12th birthday was celebrated Timothy and received the gift instead of serious injury. The child was running in the maze and caught the hair around the hook, which resulted in a great wound. The guy took the ambulance, the doctors put on the forehead, five stitches, and representatives of the companies asked not to call the police instead offered to buy insurance for 10 hryvnia, which supposedly forgot to inform you at the entrance.

A severe defect of the spine threatens the life of Nasti

Guide children’s Park believes that responsibility for children is not responsible, but only enforces the rules. However, while the police opened criminal proceedings under article about office negligence. Officials who check the rides, advise parents to pay attention to the appearance of the object and require a ticket. “Or a receipt of the visit to this attraction in the event that the child may get injured. In order to defend their interests in court” – said the chief specialist of the state service for labour Vladimir Evernew. Among other advice of experts, review of documents, which should be at the cash register. Special attention should be paid to bear the responsibility of the owners of the attraction for the child, and if not, then it is better not to allow children to such entertainment.