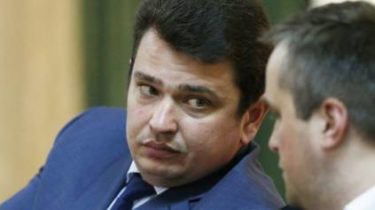 Three people were detained on suspicion of embezzling more than 14 million UAH during the tender on the supply of backpacks for the interior Ministry.

This is stated in the report of the National anti-corruption Bureau of Ukraine.

At the moment, the detained former Deputy Minister of internal Affairs of Ukraine Sergey Chebotar, the representative of firm-the winner of the tender for the supply of backpacks and another private person.

According to investigators, in 2015, these persons were involved in the procurement at the expense of the interior Ministry of Ukraine backpacks at a price that was significantly above the market average. In this case the goods were not delivered on time, and did not meet the requirements. As a result, the state suffered damage amounting to more than UAH 14 million.

Three people were detained in order St. 208 Criminal procedure code of Ukraine. The issue of notice to them of suspicion. The offense qualified under part 5 of article 191 of the Criminal code of Ukraine (“Assignment, waste of property or taking to them by abuse of official position”).

Are now carried out urgent investigative actions. Sets the circle of involved persons.

According to media reports, among the detained is the son of Arsen Avakov Alexander.

The interior Ministry searches associated with politics. They said that in Ukraine there is a “hybrid war”, directed against the reformers among politicians and senior officials.