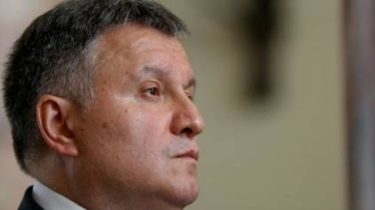 The Ministry stressed that Ukraine is a “hybrid war”, directed against the reformers among politicians and senior officials.

“Today the reason for the new wave of the information campaign regarding the alleged abuses committed during the procurement procedure tactical backpacks for the needs of the ATO in 2015, was the investigation in the premises of the former Deputy Minister of internal Affairs Sergey Chebotar and the son of the head of Department”, – stated in the message of Ministry of internal Affairs.

The Ministry also stressed that success in criminal proceedings on violations during the procedure of purchasing backpacks for the needs of the Ministry of internal Affairs, was not. So, an unscheduled audit of the state financial inspection revealed violations regarding the number and cost of backpacks, totaling over 16.5 million UAH, and the district court of Kiev refused to recognize the actions of officials of the interior Ministry in the procurement of illegal due to the lack of significant violations of the law during the procedure.

The interior Ministry noted that during the audit of pre-trial investigation has not received evidence that the delivery of the backpacks was not in full. In turn, the interior Ministry allegedly gave NABOO adequate proof of the integrity of the successful bidder contracts for the supply of backpacks.

Questioned the Ministry’s cause and the conclusions of the examination that purchased backpacks smaller than that specified in the application, and of poor quality.

Also in the interior Ministry noted that the video of the conversation, the then Deputy Minister Sergey Chebotar and the alleged son Avakov, attached to the case, is falsified, and its authenticity is not proven.

“Separately, we note that taking into account the losses caused to the Ministry of internal Affairs of Ukraine in the result of the position of the investigation in this production, the interior Ministry appealed to the NEB a statement about the recognition of his victims in this production, which would provide the opportunity to provide the Ministry the necessary evidence and participate in their evaluation for rapid establishment of objective truth in this matter. However, the request was denied,” – said the interior Ministry.

The Ministry added that in the course of Avakov to the post of Minister against him, members of his family and closest colleagues spread false information aimed at discrediting him as a politician. The interior Ministry said about the political nature of the actions of NABU.

“It is obvious that there are certain external and internal forces, the intention of which is the restoration of the old corrupt system of “protection” and “dogovornjakah”. National anti-corruption Bureau of Ukraine is a political and not a legal activity, which is unacceptable and requires immediate correction,” – concluded the Agency.

We will remind, on October 31 NABOO staged searches at the office of the son of the interior Minister Arsen Avakov, Alexander. The Bureau stressed that the action takes place in the framework of the case to ensure MIA backpacks.

Earlier in the Network spread the video, which looks like the son Avakov person agrees with, likely, ex-Deputy interior Minister Sergei Chebotar on the supply of backpacks for units of this Department. It turned out that one of the companies which won the tender, is allegedly linked to Facebook-friend of son Avakov. The video was filed.

Avakov earlier said that neither he nor his son or other relatives had nothing to suppliersthat the competition delivered.

“The Prosecutor’s office, any other body – check, finally, that the purchase – there is crime in prison, blame the Minister – there too. But no – give, finally, the”paper” to stop this endless chatter and speculation around fictional history” – wrote Avakov in Facebook