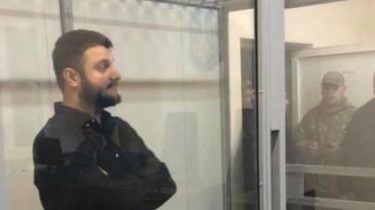 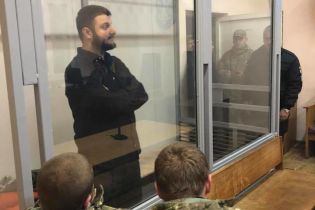 The Solomensky court of Kiev to elect the measure of restraint for detainees in the “case of the backpacks”, among them the son of the Minister of internal Affairs Avakov Arena – Alexander.

Him and the ex-Deputy Minister of internal Affairs Sergey Chebotar suspected of embezzlement of UAH 14 million.

To support Avakov Jr. arrived, in particular, MPs Anton Geraschenko and Andrii Teteruk. Gerashchenko sees the detention of the son of the interior Minister pressure on the head of the enforcement Department for his actions aimed to “prevent the Georgian scenario”. Teeruk and complains about the bias of anti-corruption authorities against the representatives of his political force.

We will remind, on October 31 NABOO has searched the apartment of the son of the interior Minister Arsen Avakov Alexander. The Bureau emphasized that the actions are within the business to ensure MIA backpacks. The interior Ministry in response issued a formal statement on the fact of searches Avakov Jr. Action NABOO the Ministry called political. And he Avakov sure that the son will prove his innocence in court. Head of SAP Nazar Golodnitsky, in turn, insists – in fact, there is no political implication, and the law all are equal.

Monday evening, 31 October, NAB announced suspicions Avakov Jr. and Chebotar. They are suspected in embezzlement of 14 million UAH. The third defendant is the head of the it company Turboseo Volodymyr Lytvyn.