Okueva buried without a public farewell 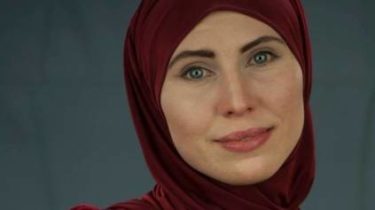 Relatives of the murdered near Kiev the former participants of the volunteer battalion “Kiev-2” Amines AquaWay buried her without a public farewell in an unknown place, specified in her will.

With Okueva had to say goodbye on Tuesday, October 31, the mosque of the Islamic cultural center.

But the mother of the deceased did not want it to be public farewell.

Man AquaWay Adam Osmayev said that it is not publicly buried elsewhere.

Videoing on the border with death: Okueva and Osman knew of the danger that threatened them

Okueva long before the first assassination attempt in June this year, wrote his will. In her will she indicated where he wants to be buried.

Recall the murder of the Amines AquaWay occurred on Monday, October 30, in the village of glevakha, Kiev region. Unknown made shots at the car from the bushes. Amina Okueva from the received wounds has died. Her husband Adam Osmayev wounded – he survived. Police are now searching for the criminals. The Prosecutor’s office took the case under special control. Activists propose to call the square near the Embassy of the Russian Federation the name of AquaWay.

Earlier Okulu and Osmayev was committed attempted murder. The shooting occurred June 1 at the capital’s hem.