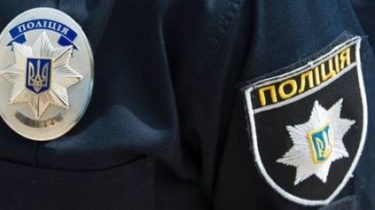 The national police because of the complications of the operational situation in Kiev and Kiev region since yesterday, works in emergency mode.

About it reports Department of communications of the national police.

It is noted that this decision was taken in the Commission of serious and particularly serious crimes and to ensure the safety of citizens.

The head of national police Sergey Knyazev has signed the decree and carried out on the territory of Kyiv region the number of serious crimes involving weapons and explosives.

“First and foremost, measures aimed at ensuring the safety of our citizens. So please be sensitive to the increased presence of police on the streets, railway stations, airports, entrances and exits of Kiev and the region, in places of mass stay of people”, – he stressed.

On the streets will increase the number of police officers serving mobile groups which structure includes employees of the patrol police, dog handlers, operational and other services.

These measures are aimed at “stabilization of a criminogenic situation in Kiev and the region, combating crime, activities of organized groups and criminal organizations, the disclosure of serious and very serious high-profile crimes, as well as the identification and removal of illegal firearms.”

Recall the murder of the Amines AquaWay occurred on Monday, October 30, in the village of glevakha, Kiev region. Unknown made shots at the car from the bushes. Amina Okueva from the received wounds has died. Her husband, Adam Osmaev was wounded – he survived. Police are now searching for the criminals. The Prosecutor’s office took the case under special control.

Videoing on the border with death: Okueva and Osman knew of the danger that threatened them