Avakov Jr. had an electronic bracelet 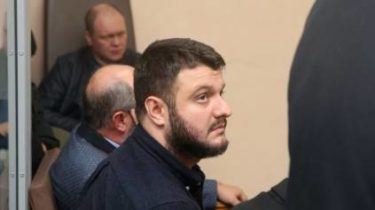 Alexander Avakov, the son of the Minister of internal Affairs Arsen Avakov, no electronic bracelet. Because you have everything handed suspect. Therefore, it is not known whether Avakov Jr. to wear the bracelet.

“About the bracelet, let’s talk later, bracelets do not have enough time for it. To this question I am not prepared to answer, and no one will answer”, – said after the meeting of Solomensky court of Kiev the Prosecutor of the Specialized anti-corruption Prosecutor’s office Alexander Snegirev, quoted by the “112 Ukraine”.

We will remind, in the evening of 1 November, the Solomensky court of Kiev chose a measure of restraint to the detainee in the “case of the backpacks” the son of the Minister of internal Affairs Arsen Avakov Alexander. The prosecution asked the court to take him under arrest with the possibility of pledge in the amount of 5 million UAH. The court decided to grant the request of the prosecution in part. Under arrest Avakov did not take, the Deposit is not appointed. Let him go on personal recognizance. Ordered not to leave the city of residence, to inform the investigation and court to change their place of residence or registration, to be to the investigator for questioning, to surrender all passports, refrain from communicating with witnesses. Avakov also have to wear an electronic monitoring bracelet. At the same time, the court upheld the detention of Avakov, Jr. An appeal against the decision of the court, the parties may submit within five days.

October 31 NABOO has searched the apartment of the son of the interior Minister Arsen Avakov Alexander. The Bureau emphasized that the actions are within the business to ensure in 2014-2015, the Ministry of interior backpacks.

Monday evening, 31 October, NAB announced suspicions Avakov Jr. and former Deputy Minister of internal Affairs Sergey Chebotar. They are suspected in embezzlement of 14 million UAH. The third defendant is the head of the IT company Turboseo Volodymyr Lytvyn from Kharkov. Chebotar and the speaker of a preventive measure have not yet been elected.