VIP low-cost for officials: the head of Lviv flew by Charter to the Czech Republic for ridiculous money 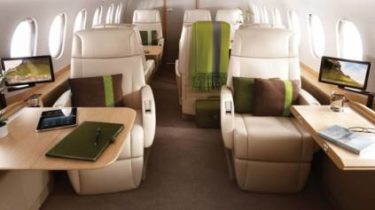 He sinyutka says that together with his deputies flew to Brno for a business meeting. Lviv journalists were surprised too moderate, as to such services, the price for a private plane, so started to figure out the nuances of this journey. And quickly discovered that the head of region has signed an agreement with the Corporation “Onur”, which proposed a price at least ten times below the market price. Piquancy of the situation makes the fact that Turkish company which is the owner of the aircraft, for many years in a row wins in the Lviv region the tender for the construction and repair of roads.

The Ukrainian branches of “Onur” the opportunity to provide such an aircraft for Charter services deny any involvement, explaining that such a question can only be decided by the head office in Turkey. As it became known, just this plane will cost at least 1.5 thousand dollars is almost 40 thousand hryvnias according to the NBU rate. Question about the 90% discount sinyutka himself commented: “I Have an agreement that does not specify what kind of discount, and the price. And really, if you could fly for a cheaper price, knowing that on a business trip I spend your own funds, believe me, I would try to do it cheaper.”

Last year sinyutka declared wages of 14,5 thousand hryvnias, 266 thousand UAH of cash, and very rich wife. Sources of funds for the controversial flight, the head of the region didn’t begin to specify.