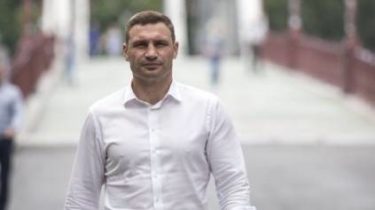 The mayor of Kiev Vitali Klitschko instructed to check the carriers of the capital because of the death of two pedestrians after hitting the bus.

This was reported by the press service of Kyiv city state administration.

“I was instructed to check licences of all private carriers, minibuses which work in Kiev, and technical condition of these vehicles. And also – how the terms of the license whether the working conditions of drivers, their professional experience, health monitoring, drivers who travel on the route and carry passengers. I believe all irresponsible and unscrupulous carriers should be denied licenses. We can’t endanger the passengers, and those carriers that do not adhere to work standards, leave the market of transportations”, – said the mayor.

Klitschko also instructed to check and the standards of operation and technical condition of public minibuses.

We will remind, in Kiev on the street Heroes of Dnepr near public transport accident involving a minibus №464. The stop came the bus, which stopped in the second row for the disembarkation of passengers, it has already started to go, when at that moment the bus went to the first row and hit two people.

Later the police said details of the accident: as a result of collision of a minibus in Obolon in Kiev killed wife: locals 1952 and 1953 year of birth. The woman from the received traumas has died on the spot, and the man in the carriage on the way to the hospital.