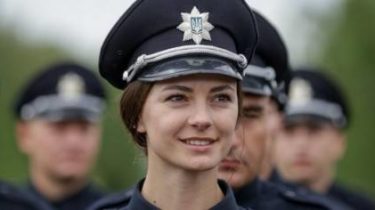 Natspolitsiya Ukraine signed three agreements with OOO “Vladimir Plyasov”, which is the defendant in “case of the backpacks” for the supply of doors with a total value of 2,2 million UAH, writes the Ukrainian truth.

According to information “messenger of government procurements”, the agreements concluded by the negotiating process in April 2016, according to “Marlin”.

It is noted that in addition to the backpacks and caps, interior Ligachov did not win tenders.

Vladimir Plyasov takes place in the so-called “backpacks Avakov” as an entrepreneur, who in February of 2015 in parallel with “Dniprofan” took part in the negotiation process, the Ministry of internal Affairs for the purchase of 1 thousand backpacks for the soldiers ATO 2.1 million UAH.

As found by the detectives NAB, FLP Ligachov in the purchase fulfilled the function of a mediator.

Videoaaron Jr. said the case against him is political pressure on the father

23 and 30 March and 6 April 2015, the MIA transferred 2.1 million hryvnia at the expense Ligachova. He is already March 24 and April 6, paid 214 thousand UAH as a payment for sewing backpacks, OOO “Nymphaeum”.

“During interrogation, the official representative Ligachova could not explain how the NPE has received an official invitation to participate in the negotiation of the purchase from the interior Ministry. According to detectives, a strange situation is evidence of collusion between Plicatulum and officials of the Ministry”, – stated in the message.

October 31 NABOO declared suspicion Avakov Jr. and Chebotar. They are suspected in embezzlement of 14 million UAH for the purchase of backpacks for the needs of the Ministry of internal Affairs of Ukraine.The third defendant in the case, which is delivered from Kharkov to Kiev, – the head of an it company Turboseo Volodymyr Lytvyn.

Later, the Director of the National anti-corruption Bureau Sytnyk during the hearings in parliamentary Committee on questions of prevention and counteraction of corruption, assured that detectives have collected enough evidence on the so-called “case of the backpacks”, in which appear the son of interior Minister Alexander Avakov and former Deputy interior Minister Sergei Chebotar. Sytnik said that one of the proofs there is a video with a hidden camera from the office Chebotar, where he agrees with Avakov Jr. about the scheme of purchasing backpacks for the interior Ministry. This video is available on YouTube.