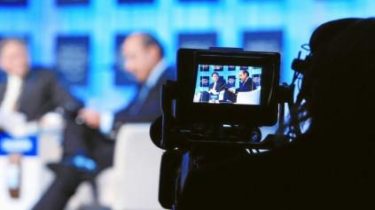 Russia terminated the agreement on cooperation with Ukraine in the sphere of television and radio broadcasting.

This is stated in the message the Ministry of foreign Affairs of the Russian Federation.

The agreement was terminated on October 21.

The agreement on cooperation in the field of television and radio broadcasting was signed between the Russian government and the Cabinet of Ministers of Ukraine in Moscow in 2000. It provided for the establishment of favorable conditions “to ensure broadcasting and distribution of programs of the Russian telebroadcasting organizations in the territory of Ukraine and programs of the Ukrainian television and radio organizations on the territory of the Russian Federation”, according to Kommersant.

Ukraine announced its withdrawal from the agreement in November 2016.

Recall that in the course of 2014-2016 , the state refused to state registration and cancel distribution certificate to stream more than 500 movies and series. It is noted that the television series and feature films, in which the regulator sees signs of violations of legislative norms referred for consideration of the Expert Commission on distribution and screening of films.