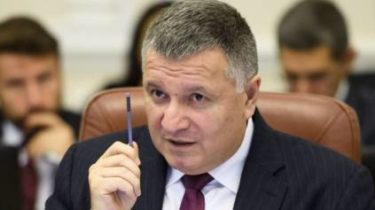 The Verkhovna Rada failed to send the head of the Ministry of internal Affairs Arsen Avakov to resign.

The question of Avakov’s dismissal from the position associated with the inquiry proceedings against his son Alexander.

Monday evening, 31 October, NAB announced suspicions Avakov Jr. and former Deputy Minister of internal Affairs Sergey Chebotar. They are suspected in embezzlement of 14 million UAH. The third defendant is the head of the it company Turboseo Volodymyr Lytvyn from Kharkov.

The next day, November 1, the Verkhovna Rada registered two draft resolutions on dismissal from the post of Minister of internal Affairs Arsen Avakov. The authors of the document – the extra fractional people’s Deputy Yuriy Levchenko and the people’s Deputy from “Blok Petro Poroshenko” Sergei Kaplin.