The Verkhovna Rada adopted the first reading of the Electoral code. The basic nuances of the document 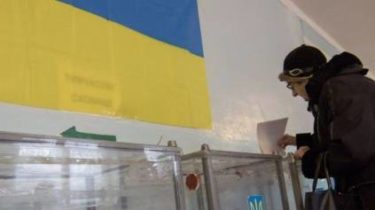 Parliament by 226 votes adopted on first reading of the Electoral code, which in Ukraine does not yet exist, only individual laws.

The authors of the bill – the Chairman of the Verkhovna Rada Andrew Parubiy and MPs Oleksandr Chernenko and Leonid Yemets. This writes UNIAN.

The document, in particular, provides that in parliamentary elections it is proposed to introduce a system of regional open lists.

“When Ukraine is divided into 27 electoral regions, and each of these regions party put forward their lists, and the voter is sure to vote for one party and optional for anyone of the candidates whom the party has put forward in this regional list, thus making the rating of these candidates,” – said Chernenko.

He assured that, they say, under such circumstances Chairman of the party could not affect the place of candidate in the list.

Also offer to install the 4% electoral barrier for parties in Parliament. Now is 5%.

In the section of the code “Local elections” provided that the elections of village, town and district councils where the number of voters exceeds 90 thousand, the proposed multi-mandate majoritarian system when the County winner is not the candidate as it is today, and from two to four candidates, depending on the number of voters in the district. According to Chernenko, it will reduce the severity of the political struggle, the number of violations and abuses at elections.

We will remind, today people’s deputies voted for the resignation of the Minister of internal Affairs Arsen Avakov. However, the decision received the required number of votes.