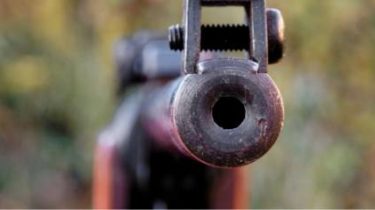 In “DNR” murderer and rapist of young girl sentenced to death.

This was reported on the website page “the Supreme Court of the NPT.”

“On set of crimes the defendant was sentenced to an exceptional measure – death penalty with confiscation of all property that constitutes personal property of the convicted person. The sentence came into legal force,” – said in the decree.

As has established a consequence, on 21 August 2015 in the city of Shakhtersk citizen P. was raped 9-year-old girl and then killed her.

Also during the investigation it was established that the man had been repeatedly convicted, including for the rape of minors, satisfaction of sexual passion in the perverted form with application of physical violence and some other crimes.

According to the separatist media, sentenced to the exceptional measure of punishment would be shot.

We will remind, in Kiev the girl was raped in the Park. The rape occurred in the North-Syretskaja street. According to the victim, around 23:30, she went to the hospital on a street in North Syretskaja through the Park. On her back was attacked by a man, stabbed and raped. After that, he took her two gold rings, and disappeared in the direction of the street Belitskaya.