In Kiev, the van overturned on its side after a collision with a passenger car 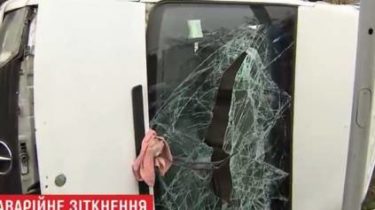 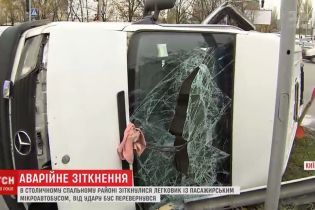 Today, November 7, at 9 a.m., an accident on the capital Obolon. The Volvo crashed into a minibus with passengers from blow the minibus turned over on his side, says TSN.12:00.

Two people that were in the cabin of the Mercedes, and both drivers escaped with minor injuries. The accident occurred at the intersection of Heroic and Heroes of the Dnieper.

The driver of the van turned from the Heroic to the left, and then he crashed into a car. According to preliminary police data, the rules violated the driver of the bus, as he turned in the wrong place. That, in turn, claims that the car was speeding.

We will remind, earlier in Kiev the accident occurred, which at first mistook for a terrorist attack. The car crashed into a pole near the stop from a powerful shot came off the wheel, and the parts scattered around the bus stop. Itself cars tossed aside, and started a fire.