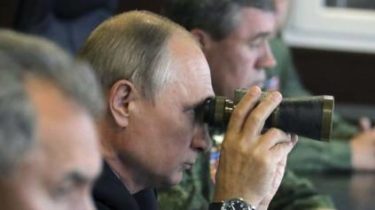 In occupied Crimea , Russia created a self-sufficient group of forces.

When Putin will strike from the Crimea?

Earlier it was reported that the Russian government sends to Siberia recruits from the occupied Crimea. Until December, the occupiers plan to call 22 thousand inhabitants of the annexed Peninsula.

The Ministry Of Defence