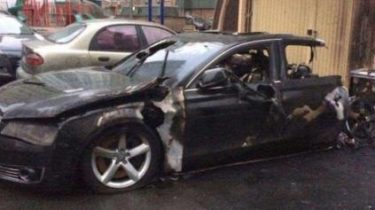 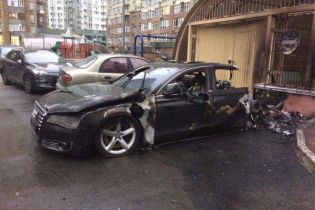 In Kiev in Solomenskiy district , burned the car of the driver of the former Minister of infrastructure of Ukraine Andrey Pivovarsky.

This ex-head of the Ministry announced on his page in Facebook.

Friends, mene everything is OK, thank you for the care. Shore awtui direct Voda, postradali no. Scho trapease? I do not know. Polca Rosslau to pondus.

According to sources, the incident occurred on the street Kudryashova. According to unconfirmed reports, now consider the version of arson and short circuit.

At the same time, witnesses said that the car could burn in the explosion.

We will remind, earlier in Kiev the car flew into a pole at the bus stop and broke. Car the fire burned up.

Video settings in Kiev there was a terrible accident, which took over the attack