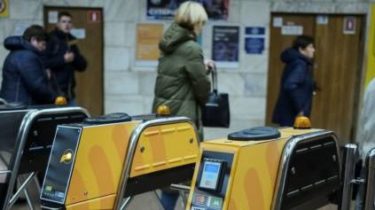 Through the month of December, in the capital of the beneficiaries for free travel on the metro will need to have a “Card of Kiev”.

Had already acted such a requirement, however it was cancelled and introduced the passage on identity, providing benefits. “Card of a Kyiv citizen” gave the Bank “Khreschatyk”, but he went bankrupt. Because of this and returned the card. This is stated in the plot program “snidanok z “1+1”.

Now issue the “Card of Kiev” in the state “Oshchadbank”.

We will remind, the right to free travel in the Kiev metro have 23 categories of the population – pensioners, people with disabilities, veterans, participants of combat operations, Chernobyl cleanup workers, school pupils and others.