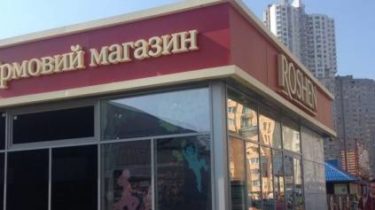 In the presidential Administration called the fantasies of the investigation on the establishment of offshore companies for Roshen Corporation and stated that they would not react to it.

About this Radio Liberty said the head of the Main Department of information policy Department of the presidential Administration Vladimir Gorkovenko.

“There will be no response. If it was directly Poroshenko, his activities – if it was by analogy with trump, who did not refer business in a blind trust – then Yes. To respond to someone’s imagination…I don’t think it needs to be done,” – said the representative of the AP.

Ally Poroshenko explained why the “Russian” tried to go offshore

Recall, November 5, became smesto on new large-scale journalistic investigation Paradise Papers (“Files with Paradise Islands”), released simultaneously around the world. The media was in the hands of these offshore companies, which helps its clients to minimize taxes. Almost eight trillion Euro was transferred to the offshore accounts of the richest men in the world.

In the investigation it was said that the lawyers of the Ukrainian firm “Avellum”, which represents the interests of the President of Petro Poroshenko, addressed to the company Appleby in the Isle of man for assistance in creating offshore. But representatives of the Ukrainian President refused. The journalists who participated in the investigation, I believe that members of Poroshenko wanted to create an offshore company for tax optimization and to transfer Roshen in blind trust as promised the Ukrainian President.

the President’s representative in the Verkhovna Rada Iryna Lutsenko stated that the international holding structure, which appears in the so-called Paradise Papers, created for the sale of the company President and for the avoidance of double taxation.