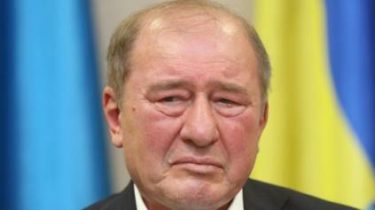 About it in interview to the Ukrainian truth, said the Deputy Chairman of the Majlis of the Crimean Tatar people Ilmi Umerov.

Umerov said that the right to self-determination is an inalienable right of any nation, therefore, “in the Crimea should be at least the Crimean Tatar autonomy.”

However, the Deputy Chairman of the Mejlis noted that the requirements of autonomy does not mean secession from Ukraine.

Poroshenko awarded Chiygoza Umerov and the order “For merits”

We will remind, in July last year, President Petro Poroshenko said that Ukraine needs to amend section 10 of the Constitution of Ukraine on granting the right of Crimean Tatars to self-determination.

In turn, the head of the Mejlis Refat Chubarov in February of this year, said that the only key for the de-occupation of Crimea and the return of Ukrainian sovereignty is the right of Crimean Tatars to self-determination. According to Chubarova, the Ukrainian government promised to establish a working group on amendments to the Constitution that would set forth the principles of existence of the Crimean Autonomy on the basis of the right of indigenous people to self-determination. But the working group is still not created, in spite of verbal support from politicians, including President Petro Poroshenko.