In Ukraine investigating fifty cases of corruption in state enterprises 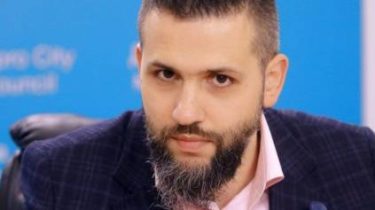 This was stated by Deputy Minister of economic development and trade Maxim Nefedov, the press service of the Ministry.

“Only the NAB is investigating 49 cases 20 billion UAH of corruption in state enterprises”, – he said.

“If every Minister were spending 1 hour on the leadership of each state for a week, it would work for 7 and a half days a week 24/7. This is absurd,” – said the Deputy Minister.

Nefedov noted that privatization will eliminate corruption at the enterprises, and also to save the taxpayers ‘ money that is spent to cover loss-making activities.

In particular, in the investigation of the episode with damage to state-owned enterprises “Vostok” in the amount of 17.28 USD million, NABU detectives and prosecutors SAP reported about suspicion to the former MP, former head of the parliamentary Committee on energy Mykola Martynenko.

In April and may 2017 of suspicion in this case was also notified of the current leaders of the NJSC “Naftogaz of Ukraine”, JSC “United mining and chemical company”, SE “Eastern mining and processing plant” and the State concern “Nuclear Fuel”. And in November 2017 , the suspects joined the ranks of two citizens of Austria – Director General and Director of the Austrian company proxy Steuermann related Martynenko, and a citizen of Ukraine – head of a number of companies that consistently won tenders from GP “VostGOK” SE “NNEGC “Energoatom”, SE “United mining and chemical company”.