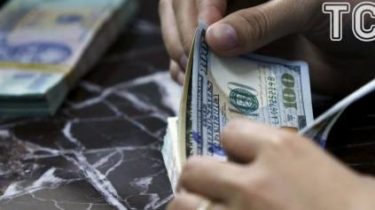 For the first time in almost three years, the Ukrainians have bought more currencythan sold. In October the population had sold almost 710,6 million dollars, and bought 2.4 million more – 712 million dollars.

This is stated in the accounting data of the National Bank of Ukraine.

In September, the situation was radically different – then the population had sold the currency to $ 41 million more than they bought.

During January-October of 2017, the sale of cash foreign currency by the population through banks remains higher for a purchase of 2,033 billion dollars, writes UNIAN.

For the entire 2016 net sales of foreign currency by the population through banks amounted to 2.48 billion dollars, which is 1.6 times higher than in 2015.

Last time the purchase of foreign currency by the population via banks exceeded its sale in January 2015, when Ukrainians bought $ 19.4 million more than was sold.