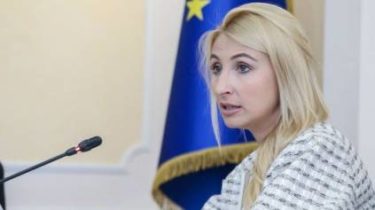 The national anti-corruption Bureau of Ukraine was going to hand over suspected first Deputy justice Minister Natalia Sevostianova. This should occur on Friday, November 3, but for unknown reasons, the Bureau did not.

This is reported by “Ukrainian truth” with reference to a source in the popular Front, as well as LB.ua.

Of Sevostianova was handing the suspect over the implementation of decisions of the European court on the case from 2015. This decision was made by her predecessor, and she signed it for execution.

LB.ua on the substance of suspicions writes that NABOO might incriminate of Sevostianova a criminal conspiracy with the people’s Deputy from “popular front” Grigory Logvinsky and his wife, judge of the ECHR. Because of this conspiracy some have received from the decisions of the ECHR tangible benefits.

In the “popular front” pack said that the party knew about the intention of NABOO and consider it a serious method of pressure on political force.

Also in the party reported that on November 4 Natalia Sevostyanova celebrated the wedding with a partner of the law company Ruslan Biernacki. Maybe NABOO has not announced the suspicion of Sevostianova, so as not to spoil her holiday, according to the source UE.

NABU revealed a corruption scheme of embezzlement of 14,5 million hryvnias in the “backpacks”. Infographics

On the same day the NEB announced suspicions Avakov Jr. and Chebotar. They are suspected in embezzlement of 14 million UAH for the purchase of backpacks for the needs of the Ministry of internal Affairs of Ukraine.. the Third defendant is the head of the IT company Turboseo Volodymyr Lytvyn.