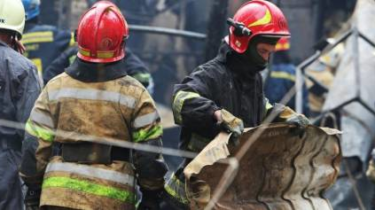 Lit apartment in the house at the Minsk array – on the street Rokossovsky. There are firefighters, doctors and police officers. Residents of the building have evacuated.

The video, which was filmed by witnesses, it is evident that the smoke coming from the Windows on the fourth floor. Ongoing liquidation of consequences of a fire.