Writes about this in his Facebook Chairman of the NGO “People of the Country”, the Deputy of Starosambirskyi district Council Vasily Curiae.

“Reform is a sick beat for all … to bring people to action, after the proposals to reform the forest industry, decided representatives of state forest enterprises. Foresters have always been on the side of the ruling party, supported the election, “walked” under the administrative resource. What made them so “ride” on the President, the government is to ban their decrees and orders? “- he said.

The main thesis of the strategy:

– separation of the functions of supervision, control with economic activity;

– simplification of procedure of attraction to administrative and criminal liability for violations in the forest;

– effective mechanisms for the elimination of existing corruption schemes;

– the new system of forest protection;

– the creation of new jobs;

– creation of the subject of state property;

– delegation to local authorities of powers of state supervision (control) over observance of legislation in the sphere of environmental protection.

“It’s all good and necessary things, but the rumors are accelerated opposite. Foresters apparently have not read the strategy or well read and understand is a threat to their arbitrariness, permissiveness and impunity. What is the revolt and pressure on the local authorities with appeals to sabotage the President’s Decree? If they highly disagree with the ruling elite of the country – then vyo in the capital, Lesamilano we are not yet there”, – said Vasily Curiae.

For this reason OO “the People of the Country” appealed to the security service. 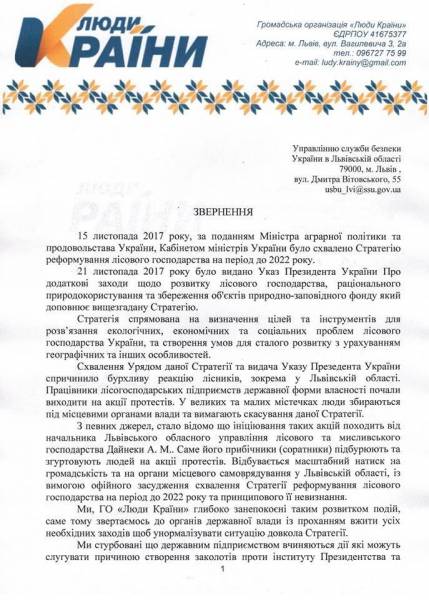 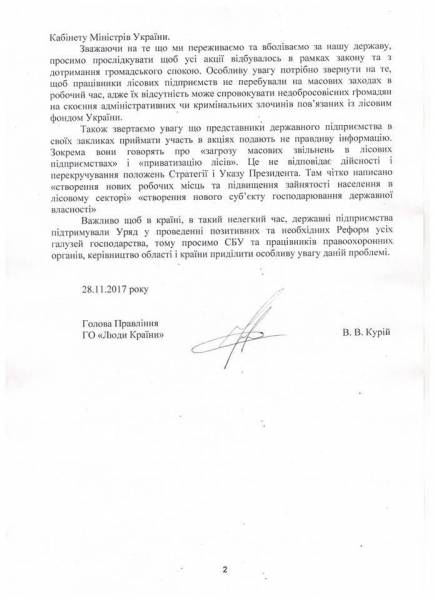