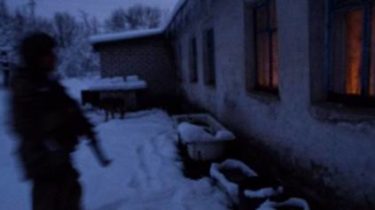 Thanks lightning special operation under the control of Ukraine returned Travneve and Gladosovo. These settlements were in the so-called gray zone, where anarchy reigns, where mercenaries shelled Ukrainian positions.

As reported in the story TSN.Week, the military said that they had ambitious plans, but premature publicity in social networks stopped their movement.

Now for those who live in the liberated villages, the important thing is that it happened without firing a shot. Russian propaganda responded immediately and issued a fake letter to the OSCE mission, the authorship of which allegedly belongs to local residents. The letter refers to the alleged repression committed by the Ukrainian military.

In the Donbas, the cases of violation of the mode “silence” and reduce the number of explosions – OSCE

On the night of November 22 at the drifts and the drifts assault battalion moved forward. That night, the front line in Svetlodarsk arc levelled, and Ukraine regained two villages. In Travneve lived a long time without light, water and shops. Military was taken from humanitarian aid, such as bread, canned goods, flour. Told the local that he used the hryvnia and rubles. Commodity prices are very high. In particular, the Bakhmut butter is 42 UAH per 500 grams, and in the village twice as much.

Doctor in Travneve haven’t seen. Military doctors quickly launched a medical center. The chair nearest the Ukrainian village has arrived in the train with the military. Now returned to Ukraine village – his headache. “All of you will be: medicine, food, water, electricity,” – said the head of Novoluganskogo of the village Council Konstantin Sarkisov.

“First words when we came here, was: “Thank God that Ukraine went where you were before,” recalled the military Callsign “Maestro”.

During the liberation of settlements, none of the fighters was injured. Enemy units ran away as soon as I saw Ukrainians. Our military not to shoot the enemy in the back. One night was released two settlements without firing a shot.

On the night of November 22 from the vicinity Mladosovice retreated about a dozen fighters. Probably, there were relatives of militants. Against them no action will not be applied, assured the military of the armed forces.

Residents of Donbas do not want to secede from Ukraine sociologist

Now I understand why Gladosovo more warily meets the blue-yellow flag. Many here passport “DNR”. The village has lived on Moscow time, but the time has changed to Kyiv. However, the currency of the aggressor in the store did not have time to change. “Russian world” retreats. It is replaced by just the world with a taste of fresh bread and tears of hope.