Agent of NABOO, who is the son of former MP was detained at the safe house 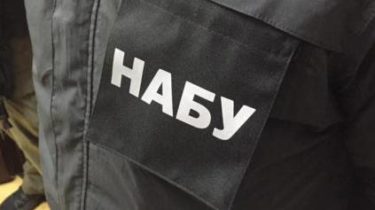 The evening of 29 November at 18:00 in Kiev was raided two safe houses of the National anticorruption Bureau of Ukraine, where the detained agent NABOO instructed the leaders of the anti-corruption body. We are not talking about Artem Sytnik.

About it Dnia announced its own sources.

Searches conducted by staff of the security Service of Ukraine and Prosecutor General’s office.

Note that today during an attempted transfer of a bribe to the Deputy Chairman of the State migration service Dini Emahool was detained agent NABU. Sources indicate that the searches are connected with this case.

“For several months, agent of NABU, the son of former people’s Deputy from Party of regions Yury Boyarsky, executing illegal instructions of individual heads of NABOO, repeatedly tried to provoke Dean Pimanova, offering large bribes for the adoption of illegal decisions on legalization in Ukraine citizens of Vietnam and Iran, which did not even exist in reality”, – stated in the message of the State migration service.

Agent of NABOO when you try to transfer a first part of a bribe of 15 thousand dollars detained.

The details of the case Dean Pimanova promised to tell morning of November 30 at a briefing in Kiev.