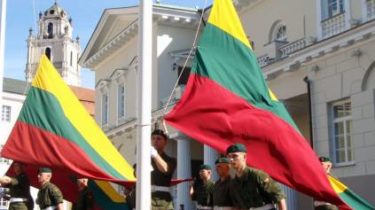 Lithuania free of charge will give Ukraine weapons and ammunition in the amount of 1.93 million euros.

The corresponding decree approved by the Lithuanian government, reports the Ministry of defence of the country.

“The transfer of property is part of a coherent and comprehensive support to Ukraine to Lithuania through the strengthening of its defense capacity and security of its sovereignty,” said Lithuanian defence Minister Raimund Karoblis.

American analysts are convinced that it is time to arm Ukraine

Ukraine will receive from the Lithuanian weapons and ammunition that the army of the Baltic countries was used until the transition to NATO standards.

Earlier it was reported that Lithuania will give Ukraine more than 7 thousand Kalashnikovs, almost 2 million rounds of ammunition, more than 80 machine guns, several mortars, anti-tank weapons and other military equipment.

The Ministry of defence of Lithuania