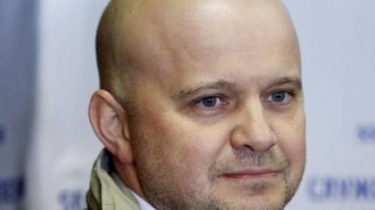 Ukraine is ready to exchange prisoners 306 militants in 74 Ukrainian hostages.

This was stated by Advisor to the Chairman of the SBU Yuriy tandit, the TV channel “112 Ukraine”.

“We are ready to discuss lists. In a list of 306 people we do not made with hand, all these persons had committed crimes against the integrity of Ukraine, they were filed ORDO. Now we are talking about 74 of our hostages… We will do our best to make known the fate 158-162 those persons who are considered hostages,” he said.

Zakharchenko had planned the exchange of prisoners before the New year

Tandem also suggested that the exchange process will soon resume.

“This is very serious work. We won’t talk about timeframes, Ukraine is ready for this process to legally transfer these people over there,” – said Advisor to the head of the SBU, adding that is now known about the location on the 96 Donbass Ukrainian hostages.

Separately, he assured that the Ukrainian side is ready to any compromise in negotiations with insurgents, to collect all its citizens, and announced a discussion of the details of the exchange on November 29.

“Each of these individuals on the list is in a certain status. A long time reaching this story, many of those who moved in the list according to applicable laws or were exempt, or were under court decisions. There’s also all of our hostages are without any status, that is, decisions are made in Moscow, the command is given, and the next day all of our children can be released. We are ready at any moment to pick them up. In Ukraine there is a certain procedure that we’re ready to go. Importantly, now these promises from ORDO was translated into action. 29th our group will be back in Minsk to participate in negotiations and, of course, will be to discuss the details of this process. The security service of Ukraine and the centre for the release of the hostages, ensure the rapid transfer of these people over there. We are ready for any compromises,” he said.

At the same time Tandit confirmed that the video, which published the Russian newspaper “Novaya Gazeta”, really shows of the Ukrainian hostages.

“I can tell you about what is really the security Service of Ukraine carried out some work on the identification of our hostages that these videos were made comments. There is a certain procedure that will be used in this case. I can confirm that these do have video footage of our hostages, but for ethical reasons we will not disclose information about their personality,” said Tandem.

Earlier, the new leader of “LNR” Leonid beekeeper published its position concerning the exchange of prisoners.

According to him, after the resignation of his predecessor, Igor Plotnitsky ORDO not going to deviate from the plan of the exchange of hostages.