Militants fired from mortars of the Item, and Hnutove hit from anti-aircraft guns – a digest of the ATO 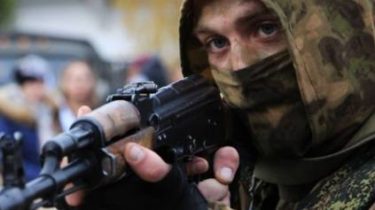 Sunday, November 26, the militants of illegal armed groups four times violated the ceasefire in the zone of the antiterrorist operation in the Donetsk and Lugansk regions.

This is stated in the summary of the press center of staff ATO as of November 26.

On Lugansk the direction fighters from mortars 82-mm hit the positions of the Ukrainian Armed forces near Trehizbenka, and small arms fired gold.

In the direction of Donetsk the Pro-Russian mercenaries opened fire on the fortifications of the ATO forces in Verkhnetoretsky, using 82-mm mortars and grenade launchers. Gnutova came under fire from anti-aircraft guns, heavy machine guns and small arms.

Near Avdeevka it is recorded flight of the UAV of fighters banned by the Minsk agreements.

The leader of the militants “LNR” Carpenter resigned. His place has found a replacement

We will remind, for the last day, November 25, at the line of collision were 15 violations of the cease-fire by the invaders. In response Ukrainian soldiers 7 times suppressed the firing activity of the occupier. As a result of enemy shelling of two of our soldiers were killed, two wounded, two were combat injuries.