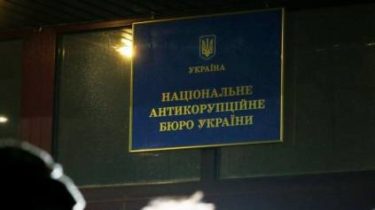 Director of the NABU Artem Sytnik said that the PGO and the security service have raided two safe areas on NABOO, and in apartments of employees of the Bureau and their relatives.

In General, the searches included six employees of the NABU and investigative actions were carried out at more than 10 locations.

He noted that after the failure of the transaction to the State migration service detained agents NABS no.

On 1 December, the press service of the GPU reported that a search was carried out in the case of provocation of a bribe to the official of the State migration service agent National anti-corruption Bureau of Ukraine Kateryna Sikorska.