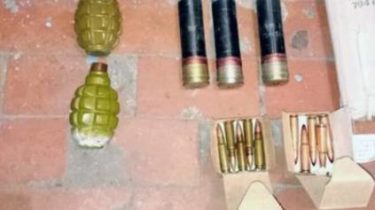 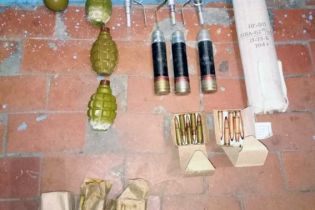 In Avdiivka 16-year-old girl kept in the attic of a multistory building explosives and ammunition of their men and carried a grenade, which he calls “a talisman”.

About it reports a press-centre GU of the national police in the Donetsk region.

“Staff response team patrol police Avdiivka police identified the underage girl who carried a grenade. During the inspection revealed that the girl made a cache of ammunition and explosives. Withdrawn from illegal circulation 7 grenades, 165 bullets and 760 grams of gunpowder”, – stated in the message.

The girl told the police that her “boyfriend” asked her to hide his Arsenal, and she could not refuse. Therefore, a minor student of the school hid the explosives on the roof of the building than subjected to residents of danger.

It is noted that the police will establish the identity of the guy during the investigation. The perpetrators threatens till 7 years of imprisonment for illegal handling of ammunition and explosives.

We will remind, yesterday, on 27 November, law enforcement officers found in the Dnipropetrovsk region, three of a cache of anti-tank rocket launchers, grenades, mines and ammunition.