Man Zakharchenko took the post of “head of security” in Lugansk 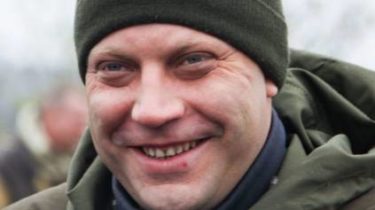 The so-called “Ministry of state security” terrorist “LNR” was headed by Anatoly Antonov.

This is reported by “RIA Novosti” with reference to the media fighters.

“Anatoly Antonov headed the “Ministry of public security LNR”, – stated in the message.

In turn, one of the media of the Donetsk militants was discussed that in June this year Anatoly Antonov was appointed leader “DNR” Alexander Zakharchenko to the post of first Deputy “Minister of state security of the DPR”. 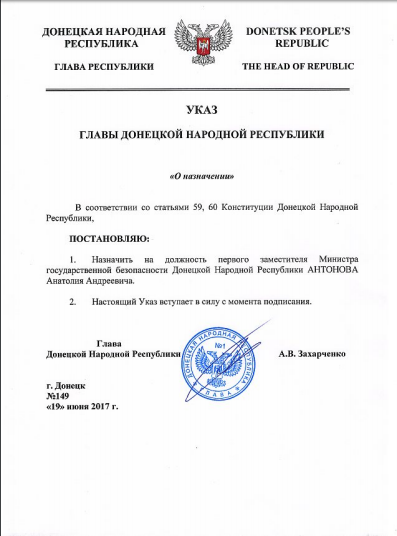 The evening of 24 November, it became known that Igor Plotnitsky is no longer the leader of the militants “LNR”. This was stated by “the head of the Ministry of state security LNB” Leonid beekeeper and said that he would be acting “head of the Republic”.