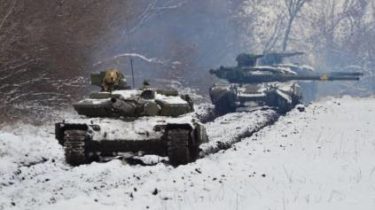 In the area of ATO in the Donbas for Tuesday, November 28, during the 12 attacks of fighters no one Ukrainian soldier was injured.

“The situation in the ATO area remains controlled by the Armed forces of Ukraine. In the course of the day the Russian occupation forces continued shelling the positions of ATO forces. Note also the use of weapons, which must be withdrawn from the contact line at the appropriate distance,” reads the summary of the press center of staff ATO.

On Lugansk the direction the epicenter of the armed provocations of the militants became Svetlodarsk arc.

“Shelling early in the morning the approaches to the fortifications of the Ukrainian defenders with mortars, rocket-propelled grenades, small arms and armament of the BMP between settlements of the Russian Federation Gladosovo, illegal armed groups disrupted the visit of the observers hmm OSCE representatives of the UN mission, which had planned to carry out monitoring of the humanitarian situation in Travneve and Gladosovo. These armed provocations by Russian mercenaries aimed primarily at discrediting units of the Armed forces of Ukraine in the eyes of the world community”, – stated in the message.

On Donetsk the direction from rocket-propelled grenades, the militants fired on the positions of Ukrainian soldiers near Verhnetoretskogo and Water, and of light infantry weapons – near Avdeevka and Krasnogorovka.

Meanwhile, the man Zakharchenko has held the position “Minister of state security” in Lugansk.