“No angel” in the civil service: the defendant in the scandal with the NABOO live in a luxury building and has a Porsche Cayenne 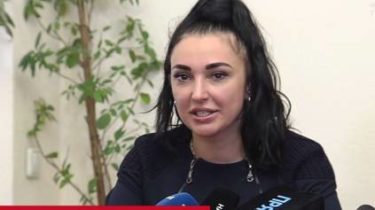 Occasional but striking role in the confrontation between the security agencies of the country played an official of the State migration service of Dean Pimanova. She is offered a bribe, the agent of NABOO undercover, which was detained by employees of SBU and Prosecutor General’s office, says the story TSN.19:30.

The situation has been the subject of many hours of debriefing in the office of the attorney General, who accused the agent of anti-corruption Bureau in unacceptable practices. “Different options were offered: drink her wine, something stronger, intimate questions. I think that no one would want months agents tried to squeeze through the vodka, the sex or the drugs these or those words from anyone,” – said Yuri Lutsenko.

The NEB operates with the records of meetings and conversations of the agent with Emahool on which the official receives money from someone and asks them to change, fear of marked bills. The agent tried to tell her 15 thousand dollars, and was detained. The official says that a bribe was taken with the consent of SBU and GPU, because before voluntarily turned back with a message about trying to persuade her to corrupt practices. In the NAB version other – Pimanova demanded money and a few months ago, they have already received, and SBU used obtained wiretapping data and decided to use the situationto discredit fighters and rip them months of work.

Lutsenko claims that Pimanova not so Holyas himself. “Official LCA is not exactly an angel, and in her conversations there are signs of corruption,” he said. The Declaration of the official with 17 years experience of public service provided is recorded on the mother apartment in Kiev and Porsche Cayenne. Reporters visited the elite residential area, home to Pimanova, but the enhanced protection is not allowed a film crew over the threshold, but immediately got on the phone with the clerk. “Dean, there’s a girl with a microphone and the young man with the camera… I realized you wouldn’t be in today” – heard members of the media an excerpt of a phone conversation.