The EU reacted to the detention of Saakashvili 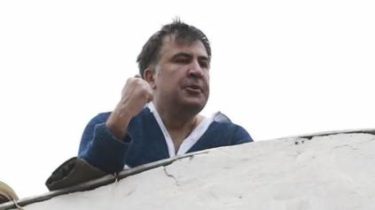 The delegation of the European Union to Ukraine said that the investigation against the ex-President of Georgia Mikheil Saakashvili should be held in accordance with the laws and rights of the leader of the “Movement of new forces.”

“We are aware of what is happening now with Mr. Saakashvili. We also closely follow this case and hope that the investigation will take place within the period and in accordance with all requirements of the law”, – reads the statement of the EU delegation.

“We also urge the authorities not to come to violations of the fundamental rights of Mr. Saakashvili”, – added there.

Supporters of Saakashvili pulled out of the machine SBU

Prosecutor General Yury Lutsenko reported that the leader of the “Movement of new forces,” Mikheil Saakashvili financed their campaign in Ukraine due to the criminal group of the President-the fugitive Victor Yanukovych.