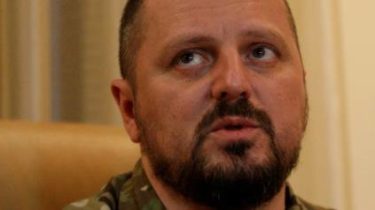 The so-called ex-interior Minister “LNR” Igor Kornet, who had a conflict with the already former leader of “LNR” Igor Plotnitsky, became involved in the investigation of the murder of the Russian military from his protection, says RBC.

The investigation started Investigative Committee of Russia. We are talking about Artem Bulgakov, who served in the protection of Igor Cornet and died in November of last year. According to preliminary information of the investigation, to his death, and more particularly to concealment of traces of murder, was involved in the cornet and “Deputy attorney General” Sergei Gorenko.

Artem Bulgakov began to serve in 2007 and three years later signed up for contract service in the Stavropol region. According to the mother, no details of his service from 2010 to 2014 she doesn’t know. In the summer of 2014 Bulgakov was officially retired from service, and then called and said that he was in Donetsk. According to the woman, he went to the Donbas from Russia in the Cossack group “Slavic Union of Stavropol” and a number of different classes came to the service to “MIA”, “LC”.

Officially Bulgakov died in November 2016 “from an enemy sniper’s bullet during a combat mission. The murderer calmly shot him in the heart.” But security officials “LNR” was a different version. As told by the commander of the deceased brother, who came to collect the body, Tom accidentally shot himself while cleaning a weapon.

It should be noted that compensation for the death of family not received as the work of Bulgakov officially issued on the day of death.

“So the crossbow or the sniper? If he was on a mission, why didn’t he have body armor? And, if you do not have time to evolve into “MIA”, how he was given a gun and sent on a mission?,” – asked the mother. She had some doubts about the accident because her son was an experienced soldier.

And although the official identity of Bulgakov received the day before death, judging by his correspondence, preserved on the phone, he is still with Sep joined the personal guard of Igor Cornet. What his mother wrote a letter asking to clarify the circumstances of the death of his son, but received no response. Then in February 2017, she sent a statement to the TFR.

According to the interlocutor of the edition in the TFR, in November, the Agency has given the Commission a separate office to conduct an investigation regarding the Commission of representatives of power structures of Ukraine on the territory “LNR” and “DNR” grave and especially grave crimes connected with illegal methods of warfare. From the text of power of attorney indicated that Bulgakov from 25 September to 9 November 2016 served in the personal guard of the “interior Minister” “LNR” Cornet. On 9 November he was in the administrative building of “MIA” in Lugansk. In the hallway, according to investigators, between him and several members of “MIA” in cases of conflict and one of them pulled out a firearm and pointed it at Bulgakov. He tried with his left hand to take the gun off himself, but his opponent fired a bullet pierced his arm and entered his chest Bulgakov.

Igor Kornet, after learning about the incident, ordered to cordon off the room and take out the body of the deceased, and the to issue the order as a member of “MIA”. According to investigators, the cornet together with the first Deputy Prosecutor General, “LC” Sergey Gorenko decided to execute the crime as careless handling of weapons. And on November 25, Kornet issued an order stating that “the block “B” ordinary corporate houses left unattended gun, which took Bulgakov and the result of careless handling of shot himself in the chest.”

Coup “LC”: SBU has published evidence of cooperation Cornet with a private army of the Russian Federation “Wagner”

In SKR say that in the near future, Cornet and Gorenko plan to call in for questioning. The agenda has not yet been sent, as investigative actions in the case continue. However, in the case that the concealment of evidence of murder could be proved, it can be qualified as complicity in the Commission of a crime. Also the edition notes that the TFR has the legal right to press charges and even delay the investigation.

“Another issue is that the involvement of Igor Cornet in the role of accomplice in the crime can be used by Ukrainian politicians with the aim of anti-Russian propaganda”, – said the source.

According to the publication, the cornet declined to comment on the circumstances of the death of Bulgakov. Gorenko offered to call back later.

We will remind, on November 24 it became known that Igor Plotnitsky is no longer the leader of the militants “LNR”. This was stated by “the head of the Ministry of state security of LPR” Leonid beekeeper and said that from now on he will be acting “head of the Republic”.

A few days in the occupied Lugansk at the administrative buildings near the flags of the “Republic” hung the flags of the Russian Federation. Their appearance is called an Amateur initiative that was not sanctioned by Moscow. The flags are out on the orders of the “head of the Ministry of internal Affairs of LNR” Igor Kornet, according to the Department.

Videobalance: After “enrosca of the apes” the population of Lugansk will take the Ukrainian government “a great success”