Tank attack, four wounded and one dead: how ended Sunday in the area of ATO 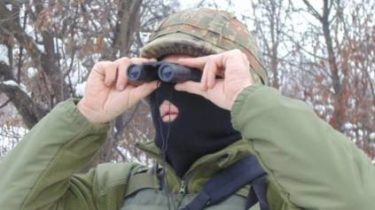 For Sunday, December 3, in the zone of hostilities in the Donbass in General, the military has recorded 38 violations of the mode of silence from fighters. The armed forces of Ukraine opened fire in response to more than half of cases.

As a result of the shelling, three soldiers were wounded, one received a combat trauma. One soldier was killed. This reports the press center of staff ATO.

“Russian occupation troops are increasingly making shelling the positions of ATO forces weapons, which must be withdrawn from the line of contact, including with tanks”, – stated in the message.

On the Lugansk direction militants tonight fired near the Trinity and Luhansk. Fired from 120-mm mortars. Grenade launchers and small arms, illegal armed groups were used for the shelling of Ukrainian military positions near Novoaleksandrovka, Yellow, Gold and Crimea.

In the direction of Donetsk , the epicenter of the conflict the evening moved from the Azov sea to the outskirts of Avdeevka. There gunmen repeatedly opened fire from all available infantry weapons, and closer to midnight brought the tank and more hours were firing from his weapons. Mortars 82-mm caliber, the militants fired at the defenders Verhnetoretskogo and Lebedinsky, and rocket-propelled grenades, machine guns, large caliber and small arms the positions of Ukrainian Armed forces near Talakivka and Marinka.

We will remind, last week the paratroopers of the 95th Zhytomyr brigade took control of the village Verkhnetoretskoye Donetsk region. Until recently, the line of demarcation divided the town in half. The Ukrainian military has controlled only the North-Western outskirts. Now the Armed forces are getting closer and closer to Gorlovka.