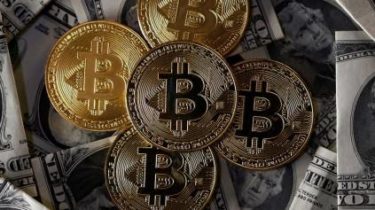 The cryptocurrency bitcoin has bypassed on capitalisation of the Russian rouble and the British pound sterling, becoming the sixth most valuable currency in the world.

According to the newspaper, the total value of all bitcoins today is $ 180 billion. This is considering the fact that the rate of cryptanalytic to the us dollar now is approximately 10 thousand 765 dollars per unit.

Thus, the bitcoin to market of currency is a stronger currency than the ruble, the pound sterling and Korean won.

It is also noted that at a cost of 15 thousand dollars for one bitcoin, the cryptocurrency will bypass one of the most important world currencies – the Indian rupee.

Interestingly, in the list of the most capitalized currencies in the world included two cryptocurrencies: Ethereum and ripple.