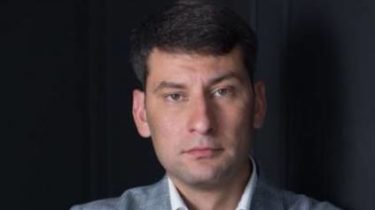 Detained in the Poltava region of an ally of the party leader “Movement new forces,” Mikheil Saakashvili Severina Dangadze, who tried to flee to Russia, seized documents confirming the receipt of funds from the oligarch “family Yanukovych” Sergey Kurchenko.

This was stated by Prosecutor General of Ukraine Yuri Lutsenko during a press briefing.

“It was established that he the car his friend was trying to leave Ukraine, moving at great speed from Kiev towards Russia. At the police post near the town of Lubny, he was detained by prosecutors, and later the staff of SBU”, – he said.

According to Lutsenko, after the arrest Dangadze questioned and presented the first suspicion today will be presented second.

“All suspicions are reduced to article 110 of the Criminal code – treason, and article 256 – promotion of members of the criminal organizations and concealment of their criminal activities,” – said the Prosecutor General.

Lutsenko also said that during searches in the apartments where he lived Dangadze, was discovered in a variety of materials, as well as the passport of the citizen of Ukraine, Mikheil Saakashvili.

In addition, the attorney General said that law enforcement officers tried to detain Dangadze 2 December in the Parking lot of a supermarket in Lviv, however, he escaped. But it was possible to detain the man who accompanied him.

“His name is Nazar, he works as a consultant to the parliamentary Committee on anti-corruption policy. He was arrested with a bag full of documents, which is where the money was spent Serhiy Kurchenko, who is on buses, TV, food, bribing various individuals, including journalists” – summed up Lutsenko.