The fighters again hit from tanks. Chronicle of the ATO 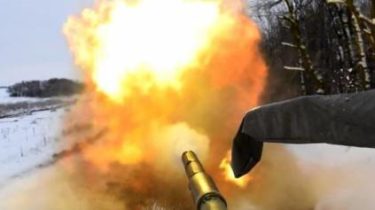 For Wednesday, December 6, in the area of ATO in the Donbas the militants 11 times opened fire at positions of the Ukrainian army.

“Russian occupation troops continue to fire on positions of Armed forces of Ukraine using the prohibited agreements Minsk mortars of various calibres and tanks”, – stated in the press center of staff ATO.

In Lugansk direction there was one attack at dawn, the militants fired more than a dozen 120-mm mortar on the outskirts of Novoluganskoe.

“The epicenter of the conflict shifted to the sea of Azov. Here, near Shirokino, the invaders have repeatedly used the whole range of infantry weapons and 120-mm mortars. And in the morning the positions of our defenders repeatedly fired tank. Also, mortars of various calibers, the enemy fired near Starognatovki and Water. Defenders Gotovogo the enemy bothered with grenade launchers of various types, and defenders of Bogdanovka – from the APCS. Also at the Donetsk direction, firing from light infantry weapons recorded near Avdeevki”, – stated in the message.