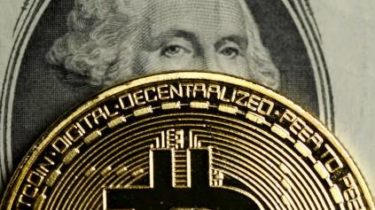 This is stated in the “Shocking forecast” online investment Bank Saxo Bank (Denmark), reports the Republic.

“Our projections for next year are not only the concern of the collapse of the market. We call all shocking. The point is not whether it’s true or not. Our task is to provoke discussion and reflection on the possible shocking directions of development of the situation in the crucial moments, which will inevitably bring 2018”, – said in a forecast.

Saxo Bank experts also expect that next year Apple will relinquish the title of most expensive in the world of company of Chinese Internet holding company Tencent, whose market capitalization at the end of November exceeded $ 500 billion.

“Tencent will erase other giants in the powder, even if Apple’s market capitalization after the release of the hugely popular iPhone X will reach 1 trillion dollars”, – said in a forecast.

Among other forecasts including: women will occupy leadership positions in more than 60 companies from the Fortune 500; the resignation of Zimbabwe’s President Robert Mugabe will launch the democratic process in Central Africa and lead to the revival of Africa; China will introduce nefteyuani, after which the Chinese currency will exceed the dollar by more than 10%; the Federal reserve system of the United States will lose the independence.

Is Saxo Bank’s “Shocking forecasts” for more than ten years, describing them as “unlikely, but underestimated the event.” True predictions are not always. For example, the Bank’s analysts predicted that in 2015 Russia may again declare a default, but that did not happen.