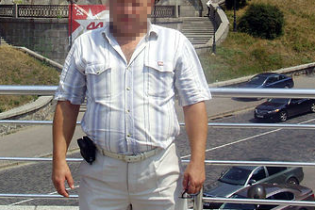 Employees of the security Service of Ukraine detained in Donetsk region the Deputy of the Velikonovoselkovsky district Council, which in may 2014 called on residents of the locality to support the separation of Donbas from Ukraine and to create a “Council of the Donetsk people’s Republic”.

About it reports a press-the SBU center on the page in Facebook.

SBU stopped the activities of cocaine suppliers in Ukraine

“After the failed referendum, the Deputy ran away from the village and long time disappeared from militiamen in South-Eastern regions of Ukraine, where he tried to establish his business. The attacker had been declared wanted,” – said in the message.

However militiamen managed to find the man and detain in accordance with the decision of the court. He is charged with committing crimes under part 2 of article 110 of the Criminal code, that is, the infringement of territorial integrity and inviolability of Ukraine by the authorities.

SBU and the Prosecutor General vs Saakashvili: chronicle of a failed detention

Earlier it was reported that in the Sumy area employees of SBU exposed recruited by special services of the Russian Federation, the inhabitant of the regional centre, which was to make the attack on one of military facilities in the Armed Forces Day of Ukraine.