In Kiev was strengthened protection of the building of the SBU insulator, which brought Saakashvili 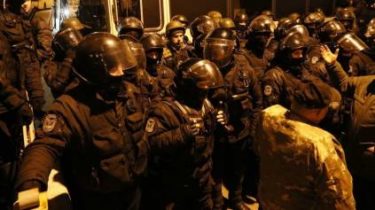 Protection of the building of the temporary detention facility of the SBU in the alley Askold in Kiev, which brought informed the detainee of Mikheil Saakashvili, strengthen the forces of the National guard and police.

Activists who came to support the ex-President of Georgia, the insulator separates the police cordon, but to the detention center drove a string of buses of national guard and other military vehicles.

The Prosecutor’s office said that is happening now.

At the same time, the number of protesters in the Askold lane and around is constantly increasing. Activists blocked the street of Ivan Mazepa, which is next to the alley, from Arsenalna metro to the hotel “salute”.