The highest recognition of my performance: Sobolev commented on the removal from office of the Chairman anti-corruption Committee 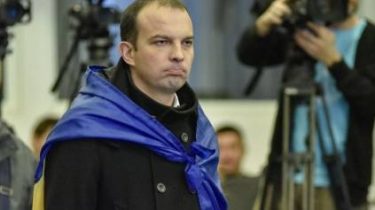 According to the Deputy head of the Parliamentary Committee on preventing and combating corruption Yegor Sobolev commented on Parliament’s decision, which was taken today, December 7.

It is reported by the Public.

“I am the first in the history of Ukraine, the head of the anti-corruption Committee, who was removed from this post. Removed a corrupt President and the coalition. Consider it the highest recognition of my performance,” — said Sobolev.

In turn, the Chairman of the Parliament Andrei Parubiy said that he supported the decision of the Committee, however, believes that this “did not make the Ukrainian Parliament stronger.”