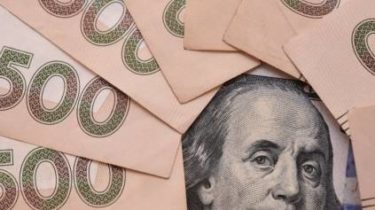 This week the Parliament adopted the draft state budget for 2018 first.

For a decision voted 273 deputies.

The most progressive it – the date of adoption. Usually lie adopts budgets under the new year’s eve. The document was also made with the prospect until 2020.

Fill this bag expect revenues to 913,5 billion UAH. There should be less, but the deputies decided to dokinut another 36.5 billion UAH. There will collect the money from taxes, profits of state companies, the tax on profits of enterprises, the fee for the use of radiofrequencies and the proceeds from seized assets of corrupt officials.

Budget expenditure will be 988,6 billion UAH. Therefore, it is planned to spend more than you earn as much as 81 billion UAH. Money to cover the deficit they will take out loans or earnings inflation.

Local currency forecast depreciation to 29,3 USD for one dollar USA. For 2018 , the national currency collapses at least 10%. This, in particular, will pull up prices: the government says about inflation at 9%. For the current year was scheduled to 8%, but experts say that this level is closer to 12%.

On social benefits in 2018 will contribute more than $ 141 billion. 60 billion UAH of this amount will go to benefits for low-income families, and subsidies will spend as much as 71 billion. Cash for the purchase of solid fuel for households will be allocated at the level of UAH 2.7 bn.

Shadow wages the government plans to bring into the light by increasing the minimal salary of 500 hryvnia. If the economy goes up, promise to throw even closer to spring 500 hryvnia.

2018 should be the year of economic growth.

The minimum pension will grow slower than the salary of MPs.

On education allocate 217 billion, which is 20% more than this year. The salaries of teachers will grow by 25%.

On the health of the nation will go 112,5 billion. One billion to improve rural medicine. Another billion – refunds for medicines to specific groups of patients. For the prevention and treatment of cardiovascular diseases – plan to open 13 cardiac centres.