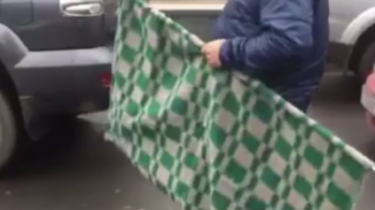 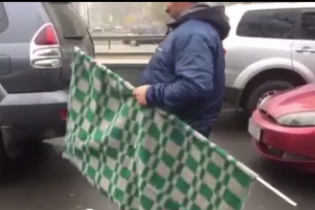 Today, December 9, the world day of fight against corruption activist “Automaidan” go to the house of Prosecutor General Yury Lutsenko for the “Quilt for attorney General”.

The departure of the convoys in sec.Parking the Kiev region, where Lutsenko is the house was scheduled for 11 hours of the Park. Pushkin, reports the correspondent of TSN.

“Ukraine is losing its soul to corruption.” The reaction of the world to the conflict of the GPU and NABOO

The protesters plan to take Lutsenko checkered blanket that I plan to hang on the flagpole in front of the house attorney General.

Activists demand to stop pressure on NABOO and the resignation of Prosecutor General Yury Lutsenko for exposing the data agents of NABOO, and the blanket will carry as a symbol of corruption.

Video Automaidan went to Lutsenko with a checkered blanket

We will remind, on November 29 it became known about detention of the agent of NABOO by the SBU, which had received permission from the GPO. We are talking about the transfer of 15 thousand dollars Dini Emahool, first Deputy Chairman of the State migration service. In the LCA stated that “for several months, agent of NABU, the son of former people’s Deputy from Party of regions Yury Boyarsky, executing illegal instructions of individual heads of NABOO, repeatedly tried to provoke Dean Pimanova, offering large bribes for acceptance of illegal decisions on legalization in Ukraine citizens of Vietnam and Iran, which did not even exist in reality.”