In the “movement of new forces” don’t know yet, when Saakashvili will deliver to the court 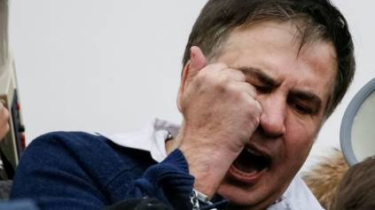 Mikheil Saakashvili has not yet received the petition for election to it measures of restraint.

About it in the comments TSN. ua said the ally of Saakashvili, the people’s Deputy Yuriy Derevyanko.

“We don’t know yet when will be the hearing. They (the prosecutors – ed.) can present a petition at any time and will provide three hours to read. Formally, they have 72 hours to elect a preventive measure of detention” – said Derevianko.

Don’t be afraid: Saakashvili urged Ukrainians to come to the “March for impeachment”

In addition, the MP noted that Saakashvili is in jail and bravely held calls on Ukrainians to come out on Sunday to March in support of the impeachment of President Petro Poroshenko.

“Mikheil said that despite the fact that he was isolated, we still have to go to the March on Sunday, it will be a peaceful protest March against tyranny, for the impeachment and March for freedom. It will start at 12 a.m. in the Park of Shevchenko”, – said the politician.

However, he failed to report about the conditions of detention of Saakashvili, explaining that he was going to visit him this afternoon.

“We want the 15 hours to get to him and give him medication, because he was Protogenes, as well as personal items of hygiene,” said Derevianko.

Sources Dnia law enforcement claimed that Saakashvili was detained by police in the apartment of Yuri Pokerparty. He, in turn, claims that it can eliminate.