In Donetsk, the militants stormed a military unit – no comments 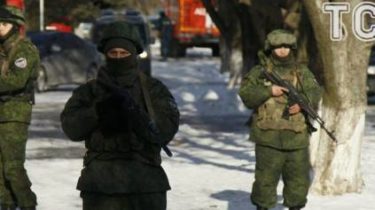 The former unit commander of fighters “East” Alexander Khodakovsky said about the storming of a military unit, which took place yesterday, December 10, with the participation of representatives of one of the “power agencies” , “DNR”, write “news of Donbass”.

“Yesterday’s report that the military unit in the area of the Motel surrounded by forces, or “military police” or “MIA” or something. In the territory of the armed people in masks have seizures, do not understand the fuss… it May have been something to make this show, but comrades – it’s a military unit! It is impossible to storm. It is a formal object that must be protected! Really wasn’t any other way to solve the problem. And suddenly the shooting started?”- he wrote on Facebook.

According to the terrorist, this incident is evidence of the crisis.

“The authorities of the “Republic” sanctioned the seizure of the object. Is that the right hand knows what the left is doing? Time goes by, and the impression is that in the midst of “the militias of the Council of seven” there was more order and readiness was significantly higher,” – said the gunman.

Recall, recently it was reported that the group “DNR” plans to open “Embassy” in Finland. What Ukraine’s Ambassador to this country said that such “phenomenon” should raise legitimate and serious concerns of authorities of Finland, taking into account the fact that the public promotion of the activities of terrorists who hold temporary control over certain areas of the Donetsk and Lugansk regions of Ukraine, is clearly contrary to the official policy of Finland and the EU.