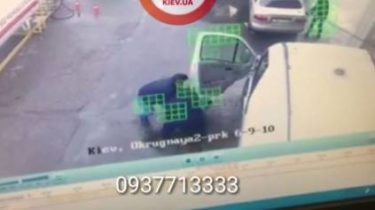 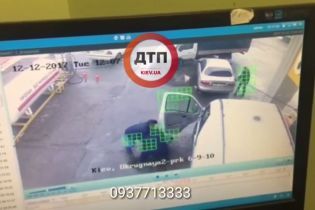 At the capital gas station unknown assailants beat the man, according to dtp.kiev.ua and asks all who can to help track down the attackers.

Reportedly, the incident occurred at a gas station “Belarusian Republican youth Union” that the district. In a video posted in the group, seen as a passenger car Daewoo for unknown reasons pushes the column minibus. Then men open his door, pull out the driver and start beating. After the fight they go.

What prompted the driver of the van to RAM the Daewoo, is still unknown. I worked at a place the police.

Video of attack! On a gray Daewoo 236-23 AA! “Need help urgent. Any information about the car and owner. Today, 12,12,17 in 12 hours 4 bulls of this machine was beaten at the gas station BRSM on the ring road Atoshnik. Here comes the police, ambulance too, but those assholes got away. Asking for publicity and assistance in the search. The cause of the conflict is that brother Atoshnik and they are in Donetsk. Repost!” CHAT for the t.me/dtpkiev @dtpkiev Information t the public.me/dtpkievua @dtpkievua Chat for communication drivers t.me/dtpkievchat @dtpkievchat

We will remind, recently in the capital’s trolley came by drunk people who had the jigs and began to pester the passengers. Those were also not very sober, and a fight began, during which all the participants received injuries, and one man broke a finger. To curb offenders had four patrols.